[2023] Shopify vs BigCommerce: Best Ecommerce Platform for Your Store?

Shopify and BigCommerce are two of the clear market leaders when it comes to ecommerce platforms.

Shopify is considerably bigger than its rival, with 3.83 million live stores on its platform compared to just under 50,000 live stores using BigCommerce but many larger online stores do choose BigCommerce over Shopify.

So, how do they really compare? When you look at Shopify and BigCommerce side by side, how do they stack up against each other

How do their features match up? Their pricing? Their support?

Let’s take a look at all that to help you decide which is the better fit for your ecommerce store.

Shopify started in Canada in 2006 and BigCommerce in Australia in 2009.

Six or seven years ago, the platforms were pretty much on par in terms of overall market share. Shopify’s phenomenal growth in recent years has meant that the gap is now a wide one.

According to the latest ecommerce statistics, BigCommerce’s overall market share of ecommerce websites is around 3 percent while Shopify’s is 38 percent.

That doesn’t mean that BigCommerce has been standing still. On the contrary, it has grown steadily but Shopify’s rise has been meteoric by comparison.

Shopify has proven a fantastic solution not only for larger stores and big brands but for smaller boutiques, dropshippers, and growing brands. 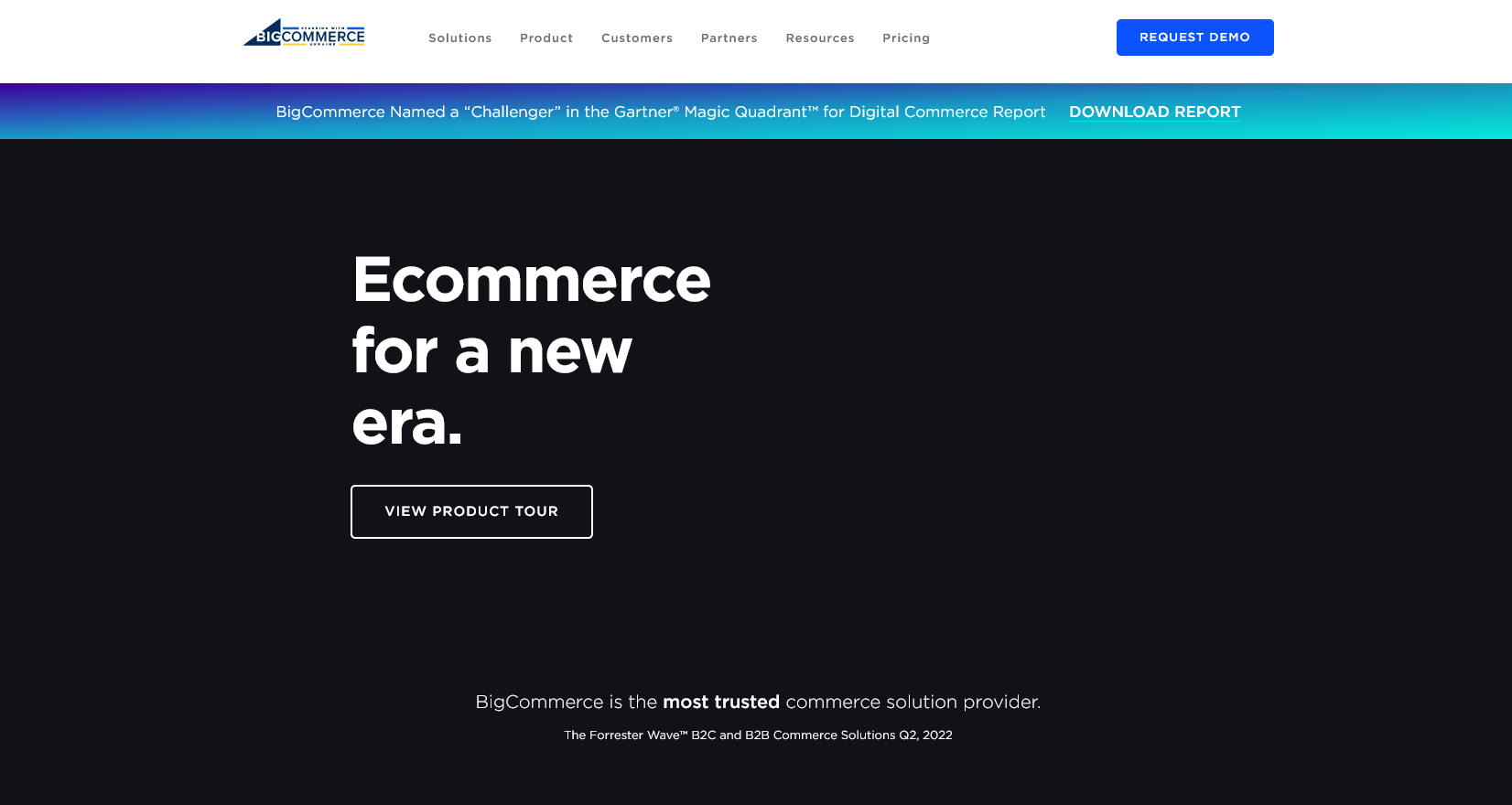 BigCommerce, on the other hand, has attracted many large online stores and brands to its platform, especially in the U.S.

The latest BigCommerce statistics suggest that almost three-quarters of live BigCommerce stores are in the U.S. The platform is used widely around the world but it is predominantly in native-English-speaking countries such as Canada, the UK, and Australia.

Shopify, on the other hand, has a more global spread. Around two-thirds of Shopify stores are in the U.S. but there are Shopify merchants in more than 175 countries, with Europe, Brazil, and India other major locations for Shopify.

Just a few of the leading brand names that use the Shopify or Shopify Plus ecommerce platform include:

A few of the leading brand names that use the BigCommerce platform include: 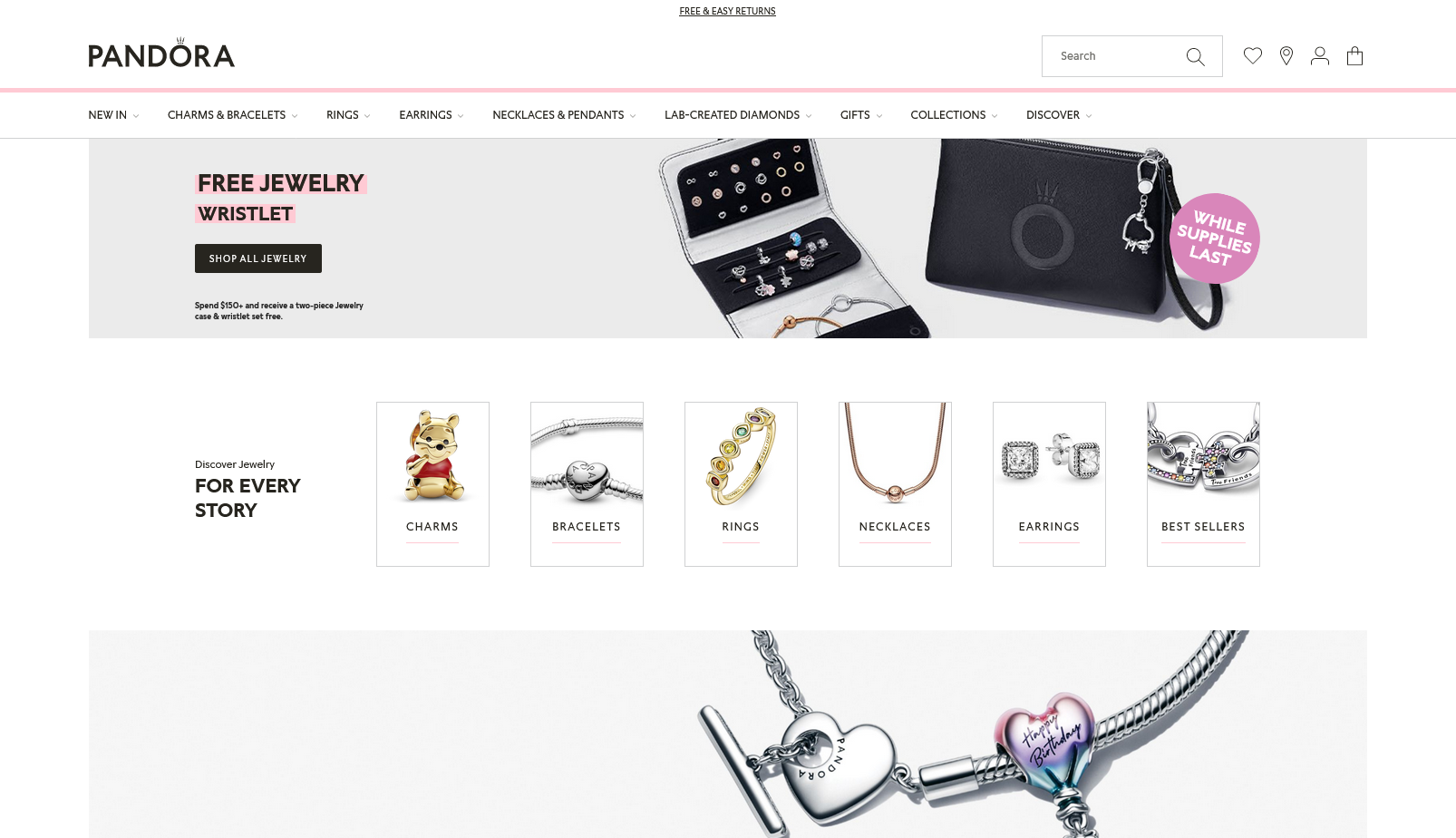 A successful ecommerce website is about far more than looking great. That won’t be news to you but it means that your choice of ecommerce platform should be influenced heavily by the depth of features provided and how well they match your needs.

There are so many “moving parts” with ecommerce — from the back-end office processes to the storefront design, marketing, order fulfillment, reporting and customer support. Getting it all to work together smoothly takes some doing.

Shopify and BigCommerce have been doing that for so many years that they’ve both perfected the art. Of the basic ecommerce features, nothing remains platform-exclusive for long these days and one will generally follow the other to get these parts right.

Both the Shopify and BigCommerce platforms will get you set up with a store and ready to sell out-of-the-box with the minimum of technical nous needed.

You don’t need a developer or any knowledge of coding to create your store — unless you want something truly customized. For most stores, that’s not necessary as there are so many templates and apps that can provide unique branding and functionality for your store.

Both Shopify and BigCommerce excel at the basics — the difference lies mainly in the added extras they provide (or don’t) and this will likely sway your decision about which one to use.

Here are some of the standout features of Shopify …

Nothing kills an online business as quickly as slow page-load times.

Shopify pages load fast compared to its main competitors, including BigCommerce, with an average load time of 1.3 seconds compared to 2.2 seconds for BigCommerce. Mobile speeds are almost identical.

Many apps are available to extend functionality

The Shopify app store unlocks almost endless possibilities for Shopify store owners who want to do more with their stores than what’s provided out of the box.

You can extend the functionality of your store, improve the back-end processes, tweak the appearance, improve marketing outreach and much more.

With over 6,000 apps available in 12 different categories, BigCommerce (with just over 1,000 apps) finds it hard to compete with the level of customization offered by Shopify. Most apps are easy to install and integrate and many of them are free. 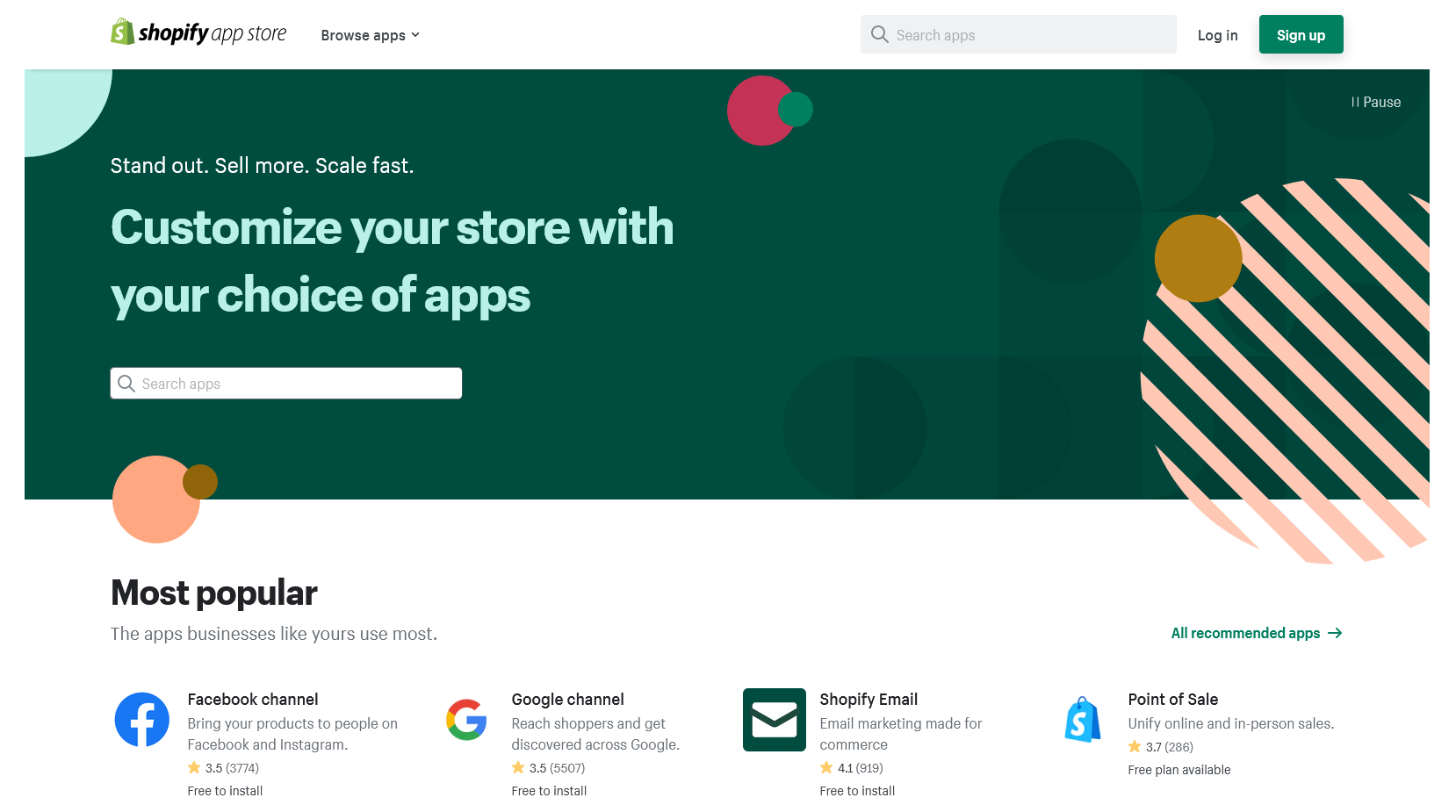 A quick note: the option of so many apps is a great strength of Shopify — but beware as the monthly costs can add up if you use multiple paid apps to customize your store.

Shopify is made for selling globally. The platform is increasingly geared for selling across borders, with an impressive multilingual setup and selling in multiple currencies made easier with the latest release than ever before.

Shopify allows you to sell in multiple currencies out of the box with its Debut and Brooklyn themes. For Shopify Plus users, customers’ IP addresses are used to determine location and prices are presented in the relevant currency. 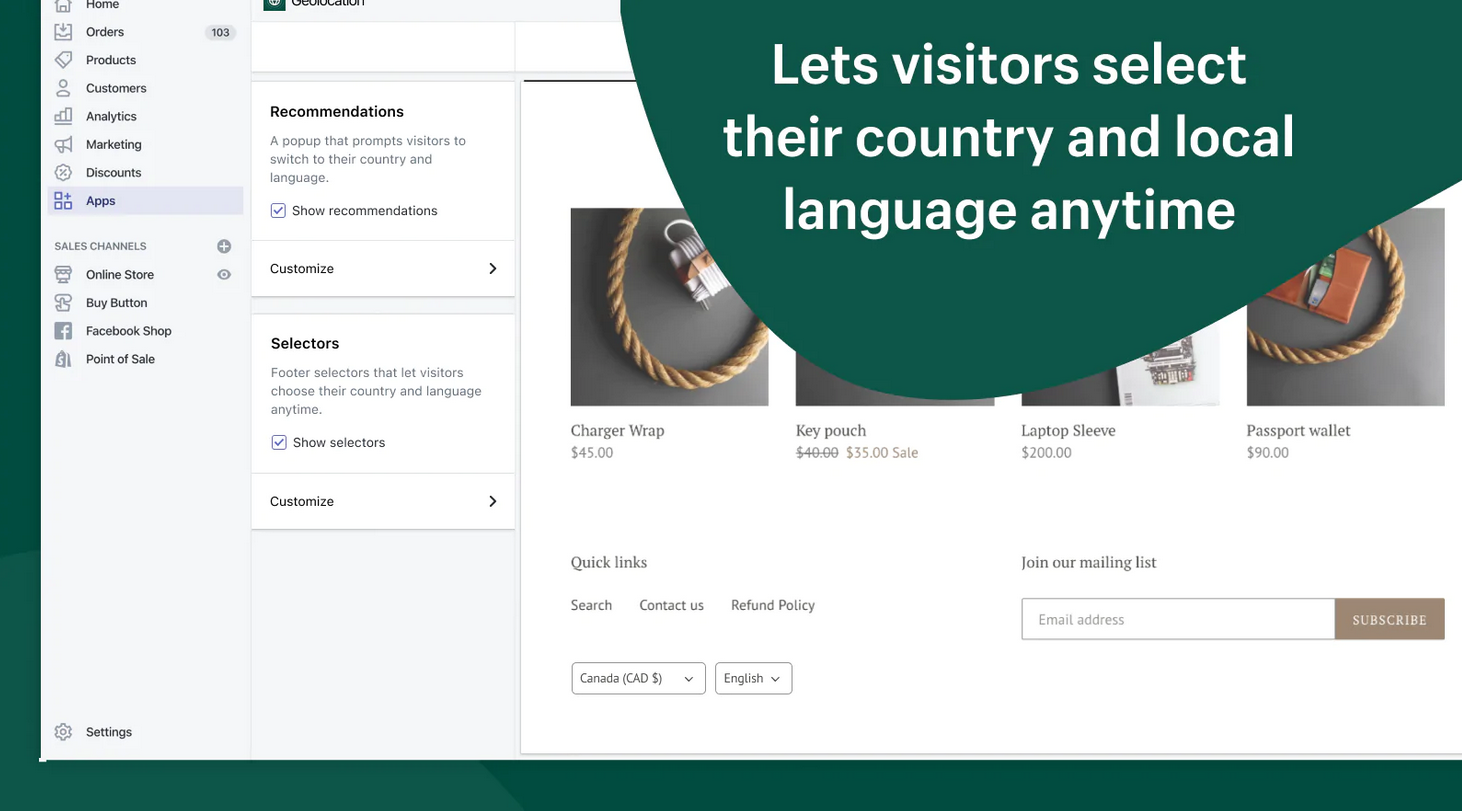 Built-in Shopify functionality also allows you to translate your website into five languages (or 20 languages with the Shopify Plus plan).

Excellent for smaller stores and dropshipping

One of the main reasons that Shopify has so many stores using its platform is that it is well suited to smaller stores and dropshipping. It includes in-built tools for dropshipping stores.

The POS solution is a paid option that is available without using third-party apps, with automatic inventory syncing through the cloud system.

Here are a few standout features of BigCommerce …

BigCommerce allows full control over your URLs, which is generally better for SEO. Shopify has a rigid SEO structure that restricts user preferences and may hinder search performance.

The platform also allows editing of the robots.txt file from your dashboard (this file controls Google access to certain URLs, so only do that if you know what you’re doing). It’s also easy to edit your product titles/descriptions, set up 301 redirects and generate your sitemap.

Generally, the site rankings of BigCommerce stores are higher than for Shopify, although that partly depends on the SEO apps that the Shopify stores are running.

Many third-party apps can be used to improve SEO with Shopify but BigCommerce’s less restrictive policies may place it in a better position generally with SEO.

BigCommerce has an advanced site search feature built-in, which makes it well-suited for large stores selling a wide range of products (with Shopify you’ll likely need to install an app to handle this): 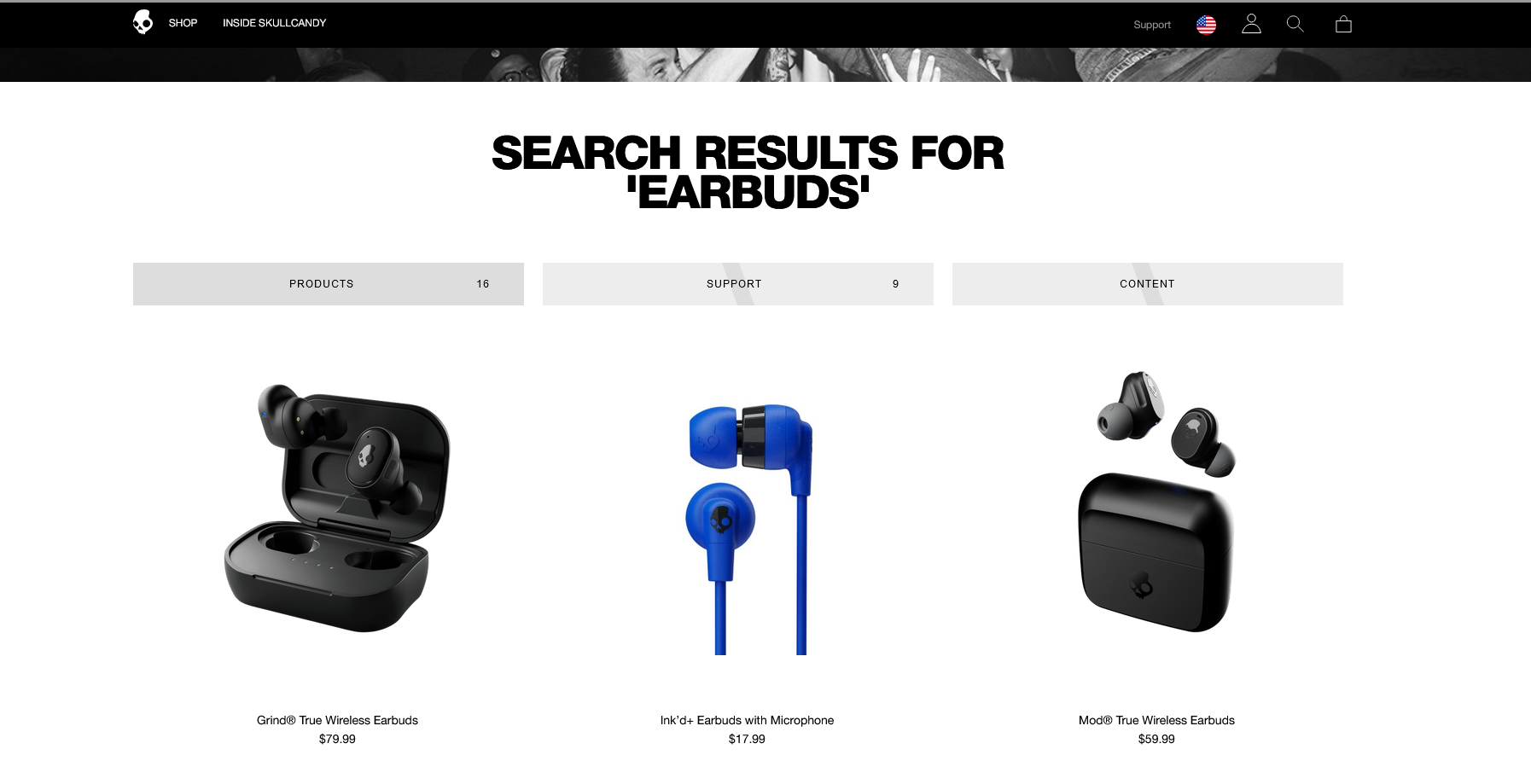 Content marketing is key for your reputation and rankings and contributes greatly to the volume of traffic to your store. The easiest way to do that is by blogging:

The BigCommerce approach to content marketing is a little friendlier than Shopify’s. The in-built blog offers more features though it’s still quite basic in what it can do compared to a dedicated WordPress blog.

Whether you’re a startup or a more established store, your interactions with the customer support team of your chosen ecommerce platform are likely to leave a lasting impression.

It could be an installation issue, a billing issue or a need to upgrade to another plan — regardless of the issue, you want it handled quickly and effectively.

Both Shopify and BigCommerce score well on this front. They’ve been around long enough to know that it’s a huge differentiator. You get the options of phone, email and live chat support as well as live communities and FAQ pages.

More specifically, BigCommerce provides 24/7 help via live chat, email, and phone support but you’re first urged to fill out a form and review the DIY suggestions/FAQs on the BigCommerce site. 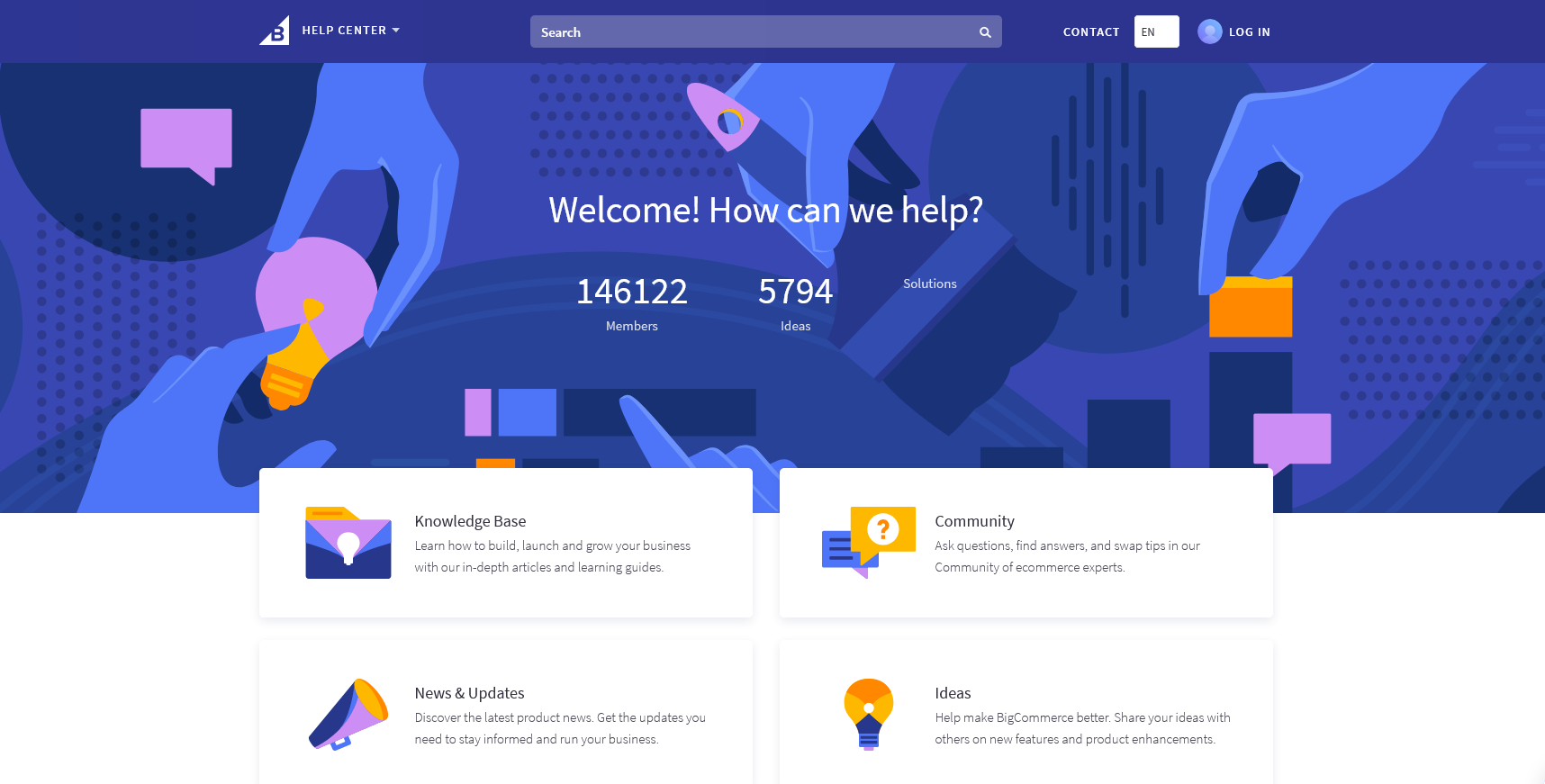 According to users, 90 percent of issues seem to be answered on the first point of contact with a support agent.

Shopify operates similarly. Phone support is available for certain countries but high-quality customer service is available by chat or email if your location is not on the list.

The large Shopify community of developers and merchants that has sprung up around the platform is also a useful resource for answering support queries.

What do you get for your money with Shopify and BigCommerce?

Here are the main Shopify offerings: 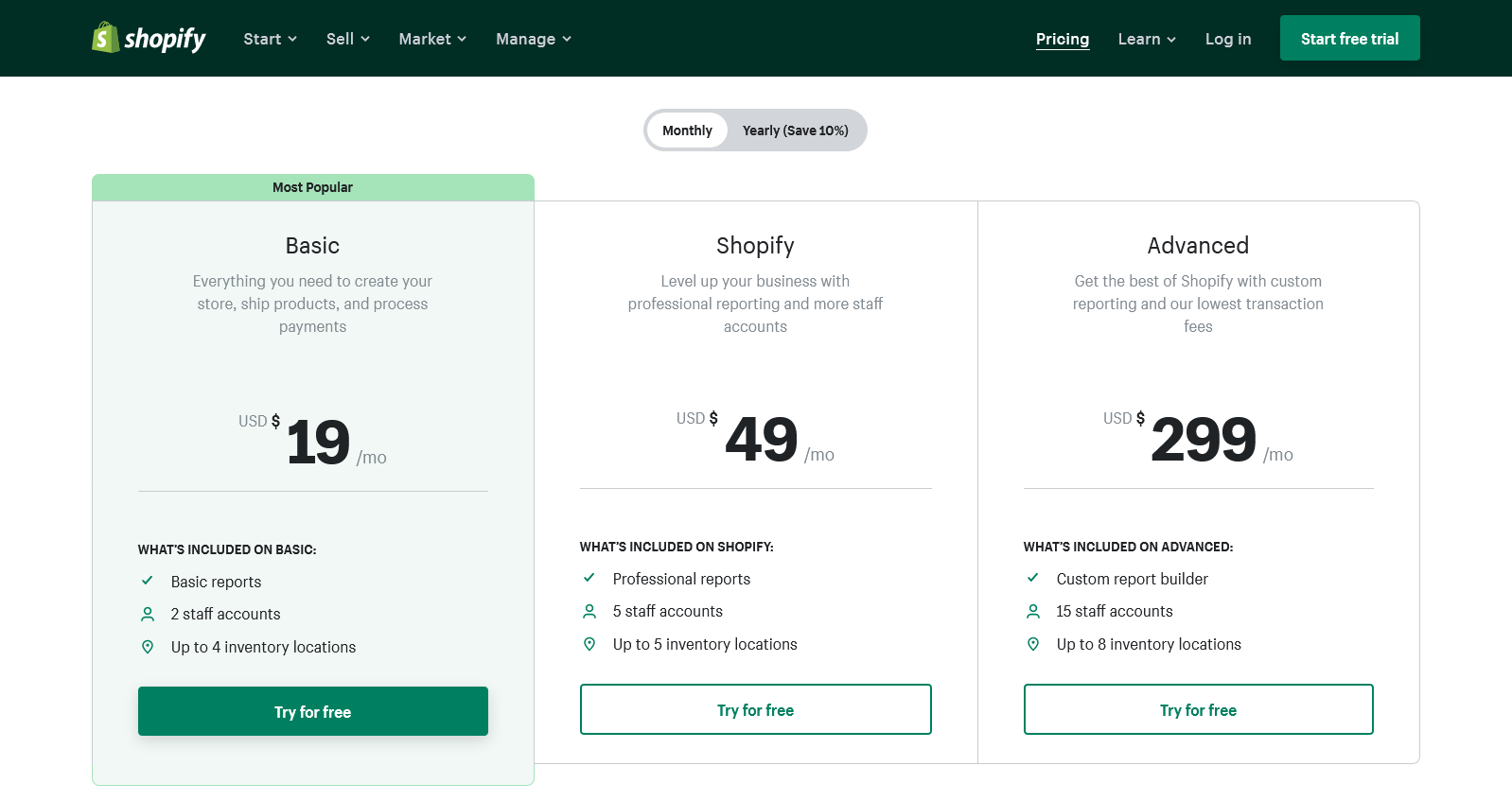 So, when paying monthly, there are three basic plans:

The platform also offers a couple of alternatives: one for starters at $5/month (allowing you to add a Shopify buy button to an existing site or sell on Facebook) and another for enterprise customers (Shopify Plus starting at $2,000/month):

The BigCommerce offerings are as follows: 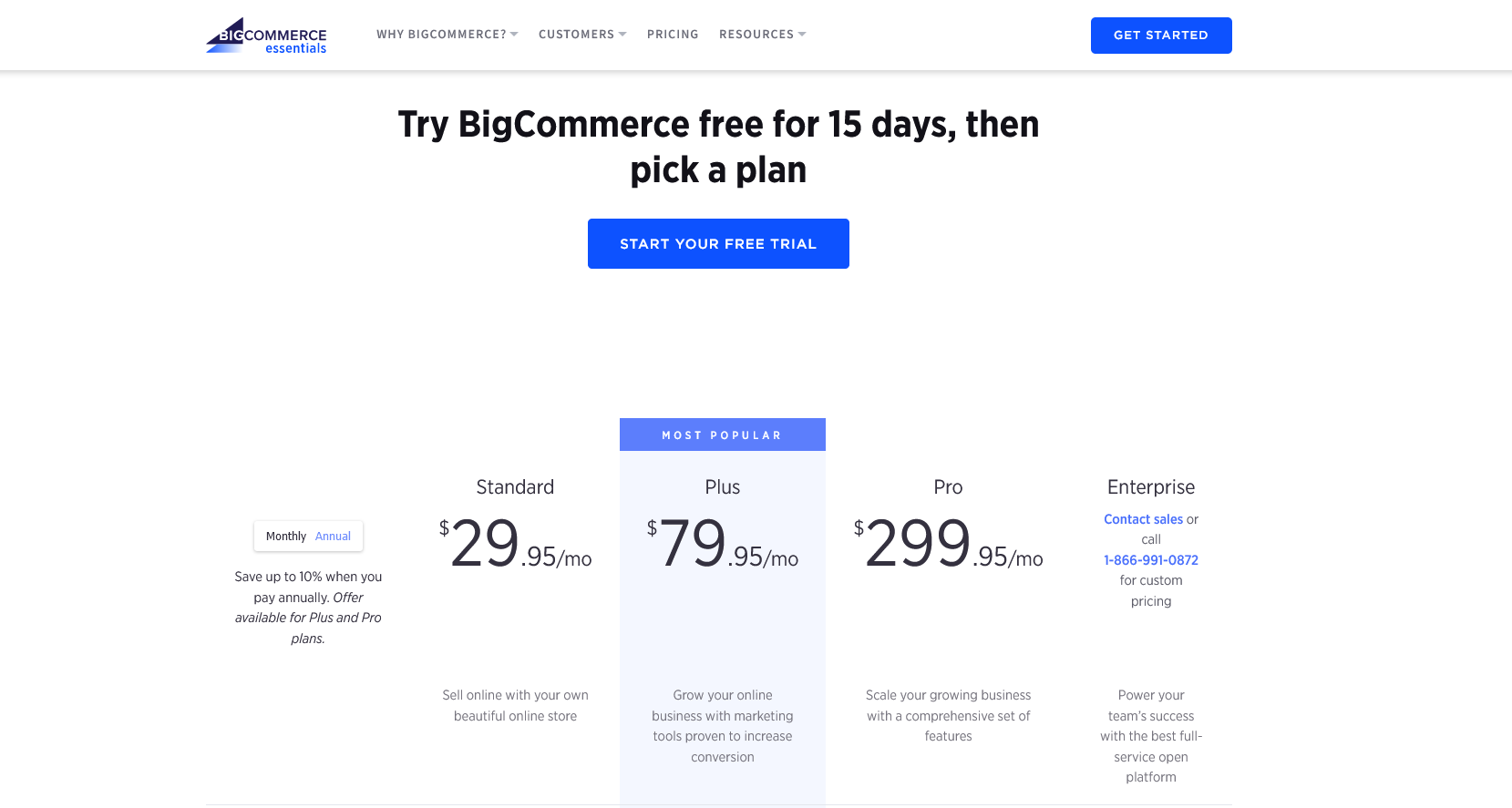 Like with Shopify, when paying monthly, there are three basic plans:

Enterprise pricing is available on application from BigCommerce.

Comparing the offerings side by side, the slightly lower monthly fees from Shopify (they have recently been lowered) may sway startups and smaller stores that are watching the pennies.

However, bear in mind the deal with staff accounts. Shopify imposes limits on the number of staff accounts (those who can log in and manage the store) depending on your plan: from 2 to 15 accounts.

With BigCommerce, you can create an unlimited number of staff accounts for your store on any plan.

In addition to the monthly plan fees, you will have additional ecommerce fees to pay.

You already know about the fees for paid third-party apps. There are also transaction fees with Shopify if you use any payment gateway besides Shopify Pay.

Shopify Pay is powered by Stripe, which means you can’t use it for dropshipping businesses (it’s against Stripe’s terms of service).

Also, Shopify Pay is only available in about 17 countries currently so if you’re located outside of these, you’ll need another payment gateway.

Transaction fees for using other payment gateways are from 0.5% to 2.0%, depending on which Shopify plan you subscribe to:

With BigCommerce, there are no third-party transaction fees but sales volume is limited for each plan.

So, if you’re on the Standard plan and your sales hit more than $50,000 in a year, you’re forced to upgrade to the Plus plan and pay the increased monthly fee. The threshold on the Plus plan is $180,000 in sales per year.

There are also mandatory credit card fees to pay with both platforms. If you use a third-party payment gateway, you can find out the fees from them. Otherwise, out of the box, you’ll pay 2.4% to 2.9% per transaction with Shopify and 2.2% to 2.9% with BigCommerce.

So, Shopify or BigCommerce for your store?

Whether you choose Shopify or BigCommerce might come down to what you’ve heard — the opinions of other users count for a lot and will likely sway your decision.

If not, it will probably come down to a combination of factors:

Both platforms can provide a great-looking store with a top-notch customer experience in tune with the type of brand you want to portray. Without hiring an expensive developer.

Shopify is favored by many smaller stores, boutique startups and dropshippers. It has a low bar of entry with the monthly pricing and is very scalable as you grow your online businesses. Through its thriving app ecosystem, it provides a complete ecommerce solution from scratch.

For most established brick-and-mortar retailers looking to open an online store, BigCommerce is an equally good choice as Shopify.

Both platforms have free trials so there’s nothing to lose in giving them a try.